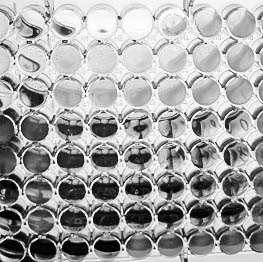 One of the most important current drawbacks that have to be addressed in fighting infections with multiple drug resistant bacteria is the ineffectiveness of current antibiotics to destroy them and the lack of new antibiotic molecules and of new treatment schemes. At the same time, a fast and cheap approach for drug development is needed such as exposure of existing drugs to laser beams. Then, identification of new drugs must be made, which implies in most cases HPLC systems. A better solution is the high-performance thin layer chromatography (HPTLC), an offline method that is superior to other analytical techniques in terms of total costs and time for analysis. Development of a HPTLC single track scanner to identify new photoproducts is proposed in this project, for which low-intensity monochromatic light generated by picosecond lasers is used. The signal obtained from the HPTLC plates is analysed with a spectrograph equipped with a CCD camera for fluorescence spectra monitoring and a photomultiplier coupled to an oscilloscope for fluorescence lifetime evaluation. The overall objective of the proposal is to photo-generate antimicrobial species by exposing current drugs to UV laser beam and to characterize and identify the new species by performing qualitative and quantitative analysis using an improved HPTLC densitometry system. The results concerning the new species will be correlated with mass spectrometry measurements performed by LC-TOF/MS and the molecular structures of the antimicrobial compounds will be validated with Gaussian09 software. 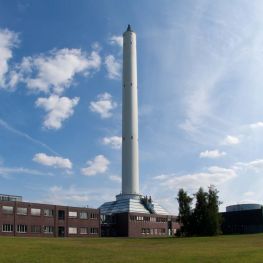 The interaction of UV pulsed laser radiation with pendant medicines droplets and their wetting properties on target surfaces is proposed to be investigated under the aegis of UNOOSA within the DropTES Fellowship Programme. Experiments will be conducted in microgravity conditions at Bremen Drop Tower, sponsored by ZARM and DLR Space Administration. Since microorganisms can evolve into more virulent forms under microgravity conditions, astronauts and spacecraft surfaces may require treatment and decontamination, respectively, against onboard pathogens. The proposed experiment aims to bring a new insight on the behaviour of medicine droplets in reduced gravitational environment. A novel aspect of the project represents droplets real time exposure and modification by UV laser beam, leading to new photoproducts with possible antimicrobial properties. Such obtained droplets will be then used to impregnate target surfaces, which might serve as unconventional tools in developing new drug delivery systems. Therefore, the evolution of wetting phenomena is the key feature of proposed studies. 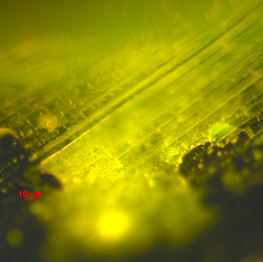 Cancer is one of the leading causes of death worldwide with approximately 14 million new cases and 8.2 million cancer-related deaths. Finding ways to diagnose and treat cancer in an early stage is of high importance since the mortality from this disease is highly influenced by its status at the time of diagnostic. One of the main directions in diagnostic pathology is to develop new methods that can provide accurate results at low costs. This project’s scope is related to the development of a label-free imaging device based on quantitative phase imaging (QPI) capable of analyzing cells within malignant or non-malignant tissues and discriminate between them by detecting slight refractive index variations of unstained tissues that are not otherwise possible with usual light microscopy techniques. The device to be developed will be composed of an interferometric set-up capable of providing quantitative information (optical pathlength/tissue density of the sample) about the tissue samples to be evaluated. This label-free method will provide an increased accuracy compared to currently employed methods by correlating the refractive index variation/distribution with the type of analyzed sample. 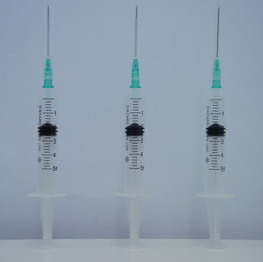 One of the major problems in pharmaceutics is the low bioavailability of drugs due to their insolubility in biological fluids, polymorphism and stability phenomena. This project proposal aims at developing a new laser-assisted device to generate nanoemulsions containing drugs that may be used as transport vectors to specific targets. This project’s scope derives from the need to find a way to treat diseases that may appear from endothelial dysfunction. For this, we will develop a device capable of producing nanoemulsions aided by unresonant laser radiation and will study the properties of sclerosing agents incorporated in nanoemulsions, commonly used to treat varicose veins disease. The use of colloids composed of an active medicine reduces the quantity of drug needed for the treatment while it enhances its effects due to the fact that the contact surface area with veins walls is increased.

The project aims to study the photopysical and photochemical properties of novel complex drug compounds that combine the targeted delivery by nanotubes with visible light triggering for drug release. The novel designed complexes are formed by carbon nanotubes functionalised by a photosensitizer which is linked through photocleavable group to a chemotherapeutic drug. Studies will be performed by time resolved laser spectroscopy techniques as fluorescence, phosphorescence, transient absorption, and Raman. These techniques have the advantages of selectivity, high sensitivity, and real time monitoring of the products and intermediates during irradiation. Fundamental data on the interacting components implied in the complex structure as quantum yield of oxygen singlet generation, fluorescence lifetime, triplet quantum yield and lifetime, and reaction rates, are important in order to optimize drug efficiency. The ability to manipulate light in terms of its wavelength, intensity, site of application and duration allows precise, triggered control regarding the location, dose and time at which a therapeutic agent is released.

Medical research has progressed greatly based on recent advances in genomics and systems biology. New concepts, such as personalized medicine (drug selection based on individual genomics profile), have emerged while large improvements in drug efficiency is expected from knowledge of organisms' systems biology. We aim at developing a comprehensive approach that will pave a rational path from genes to drugs using computational (drug-pathogen modeling and simulation) and biophysical (spectral characterization of drug molecules, analysis of laser-irradiated drugs, testing of drug-pathogen interaction) investigation methods. Starting from initial observations (obtained as part of drug stability studies) on the interaction of laser-irradiated drugs with pathogens, we have performed molecular docking simulations for screening efflux pump inhibitors. We are proposing here to further explore the effect of laser radiation on efflux pump inhibitors (EPI) in order to develop predictive methods that use spectral information for computational selection of drugs, and to develop comprehensive models of drug-pathogen interaction. Such methods can be used for designing new classes of drugs with better target affinity, stability and enhanced tissue targeting. We propose an implementation of our approach using a large library of available chemical compounds that will include the quinazoline derivatives class. Our work will include: analysis of laser-irradiated drug reaction pathways, analysis and prediction of drug stability, modeling drug-EPI interaction dynamics and development of drug activity prediction models based on pharmacophore analysis and spectral information. Testing the predictive power of our method will be done on bacterial strains that overexpress MDR bacterial pumps, as well as on animal models, using the selected drugs with predicted EPI activity. Finally, we will use our computational method to recommend new chemical compounds with desired EPI activity.